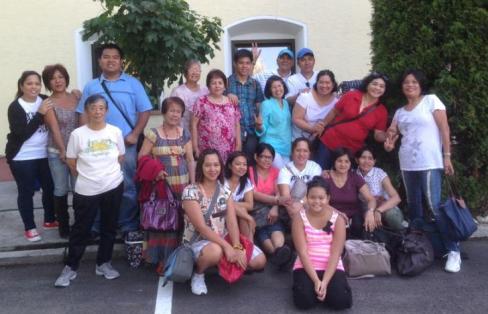 Igorots, young and old, went out in force in the midst of a heat wave to explore popular tourist destinations in the first weekend of August 2013.

The first day of our tailor made itinerary showcased the Kehlsteinhaus known as the Eagle’s Nest in Southern Germany. Famous as a retreat/ place for entertaining visiting dignitaries during the reign of Adolf Hitler, this spectacular place juts like a thumb into the Austrian Alps and can be reached via the serpent-like 6,5km Kehlstein road in Berchtesgaden. The hideout itself is situated at the ridge of the mountain at the height of 124 meters from the bored tunnel with accessible elevator service. Today, the Kehlsteinhaus is home to an excellent mountain-top restaurant serving the finest Bavarian fare visited each year by hundreds of thousands from all over the globe.

After the breath-taking journey, we drove to Kaiserhof Hotel in Anif, Austria near Salzburg for a restful night’s sleep.

And on Sunday morning, the 4th of August, after a sumptuous and delicious breakfast at the Hotel, we had a guided tour in Salzbergwerk at the Dürrnberg Mountain, overlooking the picturesque town of Hallein in Salzburg. With archeological evidence indicating large-scale specialized mining by the Celts as early as 600-400 BC ( 2500 years ago), this clearly is the oldest salt mine in the world. An estimated 12 million tons of salt have so far been produced at the Dürrnberg.

The expedition to the salt world of the Dürnberg Mountain started with changing into traditional miners’ outfit for protection from cold (the temperature is 10 degrees Celsius at a level of 210 meters underground). A miniature train then took us into the tunnels. Adrenalin levels shot way up as we descended deeper and deeper underground on smoothly polished slides. It was reassuring to have Christine, the official tour guide, with us when we heard mysterious sounds rising from the depths as we glided over to the famous Salt Lake on a raft.  We all enjoyed the multimedia presentation that finished off the tour – a feature film on the life of the Prince-Archbishop Wolf Dietrich von Raitenau who transformed the treasure ‘White Gold’ into hard cash and had developed Salzburg into a magnificent Baroque City.

From the Salzbergwerk we proceeded to Salzkammergut and Wolfgangsee where everyone was given the chance to freely spend the rest of the day --lunch, shopping, swimming, boating and the like -- before finally leaving for Vienna.

By all accounts our summer weekend getaway was a great success. It was hot, but each and every one made the weekend fun and go much too quickly! A huge deal of thanks goes to Miss Leonida Ostermayer who did the majority of the organizing and put in some massive hours in the lead up to the event. 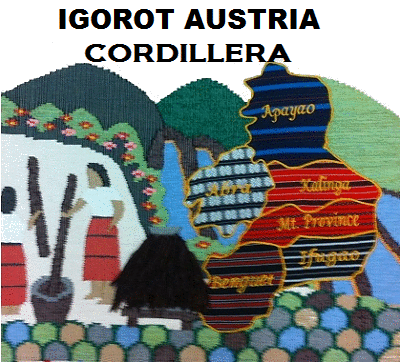